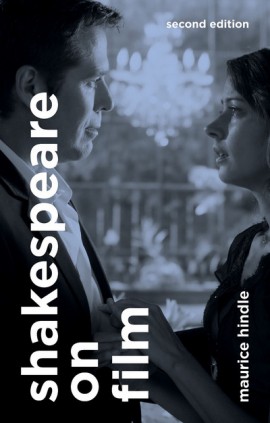 This is the second edition (2015) of a book introducing readers to the world of Shakespeare on film. The first edition (2007) had its origins in a guide I wrote for a new Third Level Open University undergraduate course on Shakespeare. By 2014, film viewing habits had not only been revolutionized by making HD (high definition) adaptations of Shakespeare available on DVD/Blu-ray as well as in the cinema, but ‘live stage to cinema’ performances of Shakespeare could now be seen by millions of people around the world on all sizes of screen, from movie theatre down to smartphone.

Always thinking of how screened Shakespeare could be seen, I therefore recast the new edition with a wider audience for the book in mind. Part One contrasts the different ways Shakespeare is brought to us on stage and on film. Part Two gives a history of Shakespeare movie adaptations from silent days to 2014 (Joss Whedon’s Much Ado About Nothing). In Part III the question of communication is developed, discussing the modes, styles and conventions (‘film codes’) that moviemakers have used to screen Shakespeare’s dramas. Part IV comprises 14 essays on Shakespeare big film adaptations clustered by play genre: Comedies, Histories, Tragedies. Part V looks at  Shakespeare for the small screen: TV, DVD/Blu-ray, portable devices, the work concluding with an exclusive interview with film producer John Wyver,  discussing his approach to making small screen adaptations of Shakespeare e.g. the 2009 RSC Hamlet, with David Tennant. A Glossary of  Terms explains the film language terms used throughout to explore how meanings and effects are conveyed in these Shakespeare movie adaptations.

Buy from Other Online Sources