I had taught the plays, sonnets and narrative poems of Shakespeare at various British universities over past years, but my interest in Shakespeare on film did not really begin until the mid-1990s. This was after Kenneth Branagh had made his sunny Much Ado About Nothing (1993), and, perhaps crucially for stirring my interest in this genre of the medium most, the film of Richard III (1995) made by Richard Loncraine. Ian McKellen starred in this, as he had in the National Theatre stage version, which was periodized to a 1930s Britain where a dictatorship like Richard’s might plausibly have assumed power.  But he also created a screenplay retaining only 30% of Shakespeare’s original play text, which nevertheless managed to tell in Shakespeare’s language the story that Loncraine showed in moving images. That’s the way to do it!

I have also researched  the history of London’s Shakespearean theatres great deal. In 2008, I talked to leading theatre historian of early theatre Professor Andrew Gurr  about my idea to create an exhibition on early London theatre, his positive response being, ‘How can I help?’ My idea soon became a full-blown multi-media project, and I aimed to get funded by the Arts and Humanities Research Council. Soon to be forced into ‘retirement’ from my Open University post I asked theatre historian Gabriel Egan to head up the project application, and it finally received £400k of funding, and by September 2013 I had brought the work of Shakespearean London Theatres (ShaLT) to completion, with the indispensable help of Andrew. The project outputs can be seen at shalt.org.uk  It was hard work!

Many will find the 20 short films we made very engaging, especially perhaps the 10 minute illustrated documentary on John Lyly, a best-selling 1580s playwright whose influence on Shakespeare’s 1590s comedies is now very apparent. These films can be seen via the ShaLT website or on ‘YouTube, especially the beautifully and humorously acted extract from Lyly’s play Sapho and Phao, with David Oakes and Claire Price (5000 views). However, the experience of listening to Andy’s research interview video on the rise of early theatre from 1567-1642 alone somehow makes the four years of hard work it took to bring ShaLT to fruition feel worthwhile! 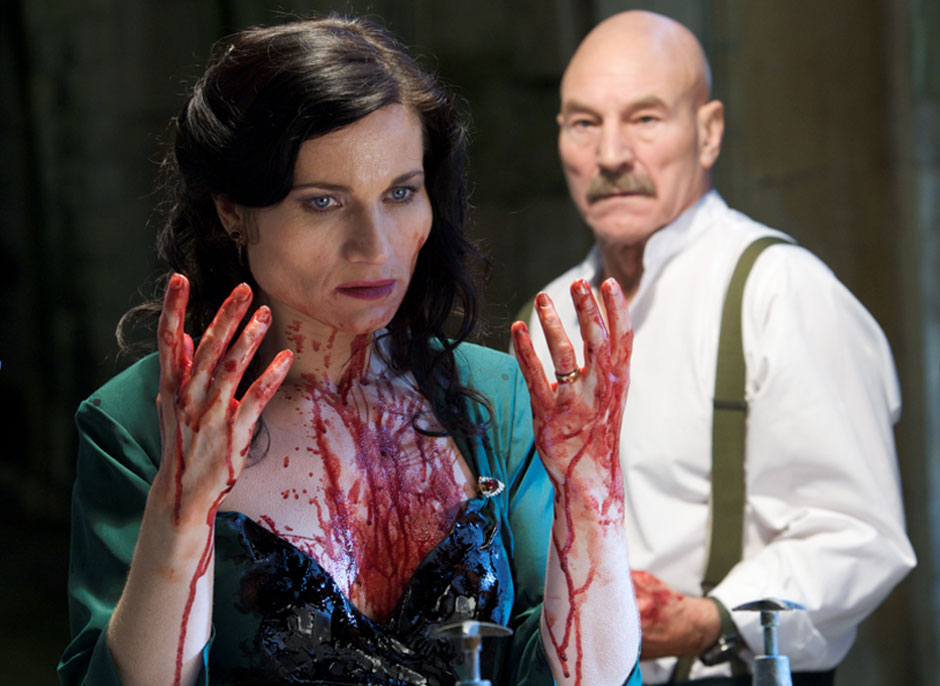 A still from the latest edition of Shakespeare on Film. This is from Rupert Goold’s film of Macbeth made for Illuminations Media, and screened by the BBC in 2010.

The work of researching and writing my Dracula’s Magic (completed 1983) brought me into contact with the famous gothic novels of Mary Shelley and Bram Stoker, Frankenstein and Dracula. At this same moment, when I was invited to edit Frankenstein by Penguin, I also began postgraduate work in English literature at Essex University with David Musselwhite. My decision to embark on a Ph.D  producing a critical edition of William Godwin’s 1794 novel Caleb Williams meant turning myself into a Romanticism scholar. I am still often known for the Penguin Classic editions of  Frankenstein,  Dracula (just released as the Spanish Penguin edition) and, because of my Godwin research, the Penguin Classic edition of Caleb Williams. By 1993-94, taking my interest in the history of science more seriously, I produced for the Penguin Critical Studies series, the book-length Mary Shelley’s Frankenstein. Now long out of print, I aim to update, rewrite and republish that Study in due course.

Romanticism research also led me into the poetry and science of Romantic scientist Humphry Davy. I have published essays on Davy’s poetry, ‘Nature, Power, and the Light of Suns’ and ‘Humphry Davy and William Wordsworth: A Mutual Influence’ (soon to be added to this site). I am proud to have reintroduced the world to the poetry of Humphry Davy, usually noted only for his contributions to chemistry, science and for the ‘Davy miner’s lamp’ in the early nineteenth century. Finally, I should mention that having taught the English Eighteenth Century novel at MA level for the Open University for many years, I was asked to edit for a new scholarly edition of his novels Daniel Defoe’s Col. Jacque (Pickering, 2009 [1723]). 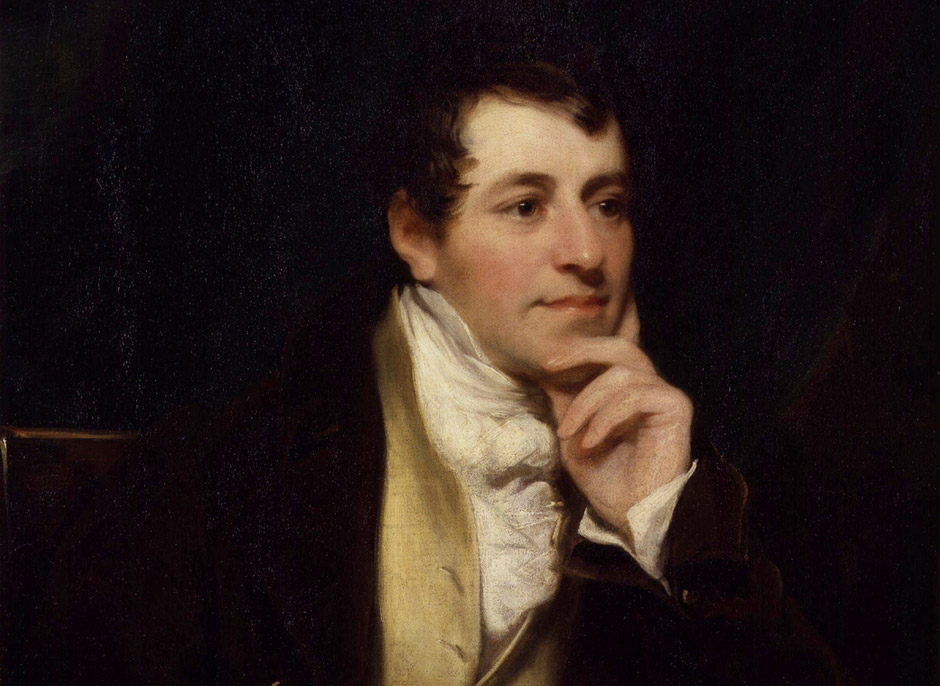 I was always impressed by John Lennon and his music, from the rise of the Beatles in 1963 onwards. The all-day interview I obtained with him on December 2 1968 amplified these impressions and interest such that the experience of what he said and how it was said that day inspired me for the rest of my life – as he might have said, ‘whether I knew it or not’. Two hours of that interview were recorded on audio cassette tapes subsequently bought by Hard Rock, who recently digitally remastered them, making the two hours of the interview with John and Yoko available at www.hardrock.com/lennontapes . A podcast on how it all came about and some of my reflections on it all can also be heard at Maurice Hindle Remembers.

I am now hard at work on a book, Singing his Heart and Speaking his Mind: The Songworld of John Lennon. I began this in 2010, but other work matters intervened until recently. I am now seriously focused on writing about what I call John Lennon’s ‘songworld’. This undertaking is deeply infused with the experience of and long-brewing reflections on what I learned from that John and Yoko interview and, equally, from exploring the music John made with The Beatles and as a solo artist. Watch this space! 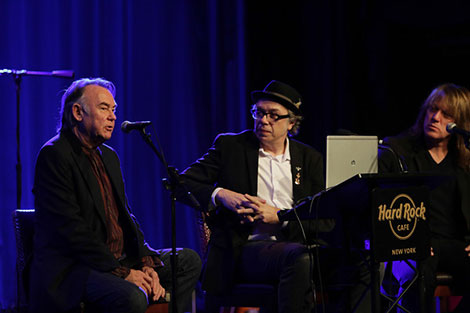 Maurice Hindle in debate about the 1968 Kenwood interview tapes with John Lennon on the stage of the Paramount Theatre, New York City, February 9, 2014. He talks with Music & Memorabilia Historian of Hard Rock International Jeff Nolan and Beatles historian Andy Babuik