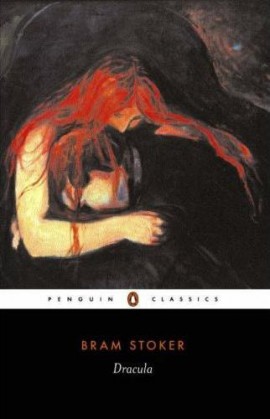 As the editor of two classic Penguin Classics novels associated with the Gothic, I was asked in 1992 to produce the first edition of Dracula for the series. I welcomed the opportunity to revisit a novel I’d first researched and written about in the late 1970s/early 1980s. However, by 1992 I had written a Ph.D thesis on Godwin and his work, had taught a lot for the Open University, and I’d also published scholarly editions of Godwin’s last two novels. So, although I had only a few months to put the edition together, I nevertheless felt well-positioned to produce a work that could help stimulate useful thought and reflection for readers of Stoker’s novel. The inevitable post-modern analytical triumvirate of ‘race, class and gender’ would play their part in informing the way my presentation of Stoker’s late Victorian work was contextualized. But I still felt convinced that much of the energy driving Stoker’s most famous fiction had its source in the taut relationship he experienced as Sir Henry Irving’s compulsively admiring employee.

Although he was Irving’s most trusted assistant at the Lyceum and on tour, he was also his most exploited subordinate, a man who had hero-worshipped Irving’s acting artistry well beyond the call of duty. However, ‘duty’ and loyalty were highly regarded by many public servants in this Imperial (if ‘liberal’) age – many felt there was no higher calling than  the nobility of ‘service’, whether in government or the arts. When you come to read Dracula, bear in mind how the notions entertained and the appetites obeyed by the novel’s male and female characters are often driven by the transgressive  demands of ‘service’ – in whatever form . .